There are many avengers and some are called Iron Man, The Incredible Hulk, Antman and the Wasp. Also there is Thor and Captain America. The marvel comics have the avengers in them and they are superheroes. I am writing about this blog  because I love avengers.

I am going to write about two avengers and they are my favourite. 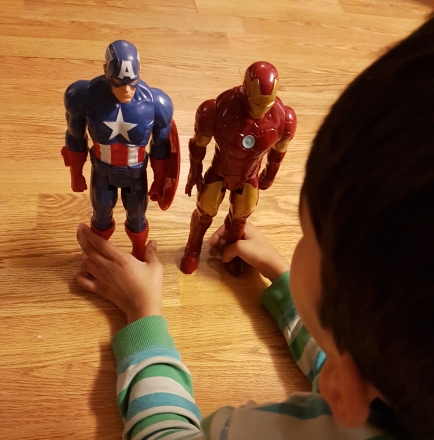 Iron Man is an American and he is very rich. He is also called Tony Stark. He was kidnapped and had a chest injury. He didn’t build a weapon and he built a powered suit of armour to save his life. Did you know Iron Man has two hearts?

Captain America is actually the man called Steve Rogers, a skinny and weak man. But he took a  serum in a machine so he could make America win world war II. Captain Rogers became Captain America after that. He has a shield so he could block and defend.

Avengers try to fight powerful enemies. Some of the enemies’ names are Thanos and Red Skull. If you search for more information about avengers you will have a lot of fun.

This is a blog about us: Maryam (10 year old) and Ibrahim (7 year old). We are sister and brother writing about our ideas, travels and just about everything else. Enjoy reading! View all posts by miadventures15

One thought on “About the Avengers”